[FREE] A 15-Minute call to clarify any of your sales funnel, product or offer creation, and marketing questions.

A Highly Effective Process To Do More, Achieve More

We all want to do more, and achieve more. HOW?

The clock is the same for everyone, but few people accomplish so much in that time, while we just end up spending most of our time fidgeting or deciding the order of the tasks. What’s their secret? What makes them different? The secret is very simple. So simple, you might not believe, when it’s revealed to you

“They have a system, a process that they follow to do more, to accomplish more with the same number of hours. The system, the process varies from person to person, but that’s what makes them so effective and productive.”

I have a process that I follow, to make sure my to-do list stays as clean as possible. The process helps me to stay productive and get more done in fewer hours. I’d share my process with you. You can implement it to get more done in that same 24 hours.

The process has 4 steps that I follow. I’ve mentioned them below.

It’s all about mindset. You do it first in your head, then in reality.

Only 24 hours. But you got lots of things to do.

Good! read it once and make sure nothing is left out.

A Fictional Scale (Prioritize The Tasks)

You have a fictional scale from 0 to 10.

Now assign a number to every task depending on its importance and urgency to you. The task assigned number 10 would mean that it’s very important and urgent to you than the task with assigned number 7. Take a 5-minute break after assigning the numbers.

Look at the tasks and numbers once again to check that you’ve assigned them correctly.

You’ve to think that you can finish every single task.

You’ve to train your mind to think positively. If thoughts like, it’s not possible, time is so less, I can’t do it, comes in your head. You really won’t be able to do it.

You have to believe in yourself and stop wasting your time worrying about the tasks. The worry would only waste your time, while your efforts would push you closer to completing those tasks.

It’s all about mindset. You do it first in your head, then in reality.

This is where the magic happens. You can’t expect to finish the task on time if you put in the usual effort or you work on it the usual way.

You want to finish the task faster and better. Put in more effort.

Focus on your task more than your surrounding, plan on how would you do it, take smaller breaks, and don’t deviate or divide your attention to something else. The amount of effort you would put in will decide the result.

To have a clean to-do list, you just need to work smartly and put in more effort.

Being more productive is just like a race. What would you do if you want to win the race?

Are you ready to put in more effort so that you can have a clean TO-DO list at the end of the day? 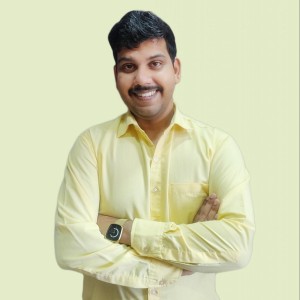 Co-founder at Solutions&Beyond. Spend most of my time thinking about ideas, marketing, and product. I love connecting brands with their audience through creative stories, and experiences. Working for a better life, and to make One Big Dream into a reality.

What Others Are Reading: